Your Four-Day-Dead Dream: What if there was a resurrection? 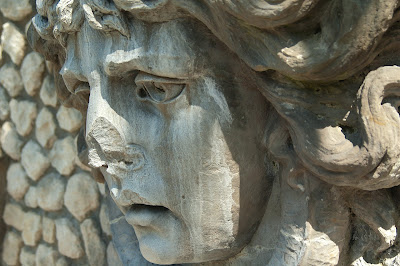 He wasn't suppose to die.

Lazarus had a cure. The cure. An all-access VIP pass to answered prayer. He would live. It was what Martha wanted most. And, because Jesus loved her, He would never deny her what she wanted most.

Martha believed her story would always be victorious. Imagine her devastation when she realized she had read her genre wrong. She was the protagonist in a tragedy.

This wasn't suppose to be your story 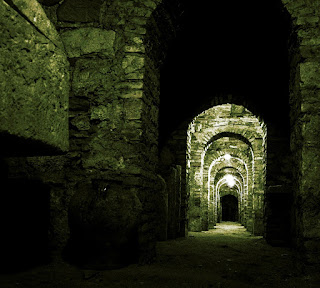 You were so certain. So sure. What you dreamed of having or doing or seeing or being, what you hoped for yourself or your family, would come true. God would answer that prayer. It was a good prayer. A right thing to want. He would show.

The time came and went. The moment passed. The door closed and locked. It wasn't suppose to end like this.

Where do dead dreams go when they die? A tomb. Deep and cavernous, cold and black. Only an entrance. No egress.

Not the end but a lengthy third act


A few years ago, while reading Beautiful Things Happen When a Woman Trusts God by Sheila Walsh, I began to view the story of Lazarus differently and, with it, my own dead dream. What I didn't understand in Lazarus' story was the significance of Jesus waiting four days.

I'm not alone, though. Martha didn't understand it, either.

If the point of the story was to illustrate His resurrection power, wouldn't any moment after the last breath do ya? Four days seemed odd. Lengthy. Inconvenience. A little insensitive. Did He not understand Martha's broken heart?

Never doubt. God is always in the details. 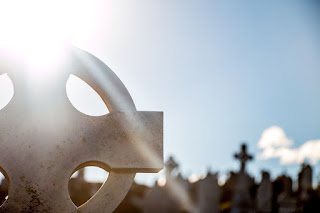 "The Jews, you see, believed that for three days the soul might return to the grave, thinking that it would reenter the body; but on day four it sees that the color of its face has changed and leaves for good.....after three days all hope of recovery was gone."

Except when it's not.

Jesus waited for a reason. He was making a point. A big one with an exclamation at the end. He was saying, "Death isn't death. Not with me. Not even after four long days when all hope is gone."

Writers are all about plot twists. We're sneaky that way. Besides, a journey without challenges is boring. A clear path from Point A to Point B isn't a great story, it's an instruction manual.

The more insurmountable the obstacle, the bigger the victory. We don't cheer on protagonists that face inconveniences. We root for heroes that face the impossible.

The worse the odds, the sweeter the win.


"So Jesus moves toward the tomb....He tells some of the men to remove the stone from the grave's opening. Martha is horrified. It was hard enough to bury Lazarus's lifeless body, but to open the tomb after four days and face the stench and decomposition is too much. Jesus senses her panic. He turns to her and reminds her to trust him. He's simple and clear here. No matter how things appear, Martha, believe."

No matter how things appear. No matter. Believe.


You may believe there is no hope left. Your dream is four days dead. It's died the death of deaths. It's past revival. And, if you think it's all up to you, that would be correct. 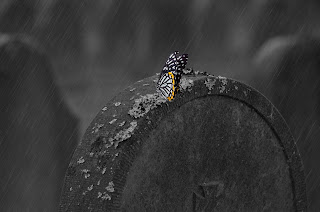 But, with God, the dead rise.

They shake off the earth that buried them. They breathe again. They awaken and start anew. They walk out of that tomb. They shrug off their burial clothes. They call out to friends and family and joy returns. They rescue the mourners. They officiate the celebration. They toast to the new day and the bright future. They restore our lost faith. They revive our defeated heart. They make everything new again.

They live. Even though they were dead.


Lazarus came to me today, which is so like him, always showing up when he's not expected. His life, his death, his life again, I woke up thinking about him and his story and, of course, his sister Martha.

What were those days like for her? Those hours sitting by the window, staring down the road, desperate to see a glimpse of Jesus in the distance and seeing nothing. All the while her brother perishes beside her.

Then he's gone. And the days tick by. One. Then two. Three. And finally four.

Did she watch the sun rise on that morning? Did she grieve anew at, yet again, her loss of hope? Did she feel unloved, overlooked, or even rejected by Jesus? 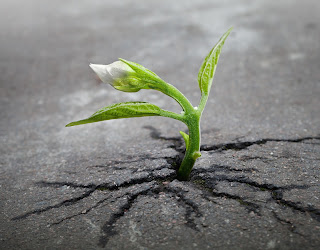 Today, on Good Friday, Jesus' disciples experienced a similar defeat. They dreamed the dream of a Jewish King. That king died on a cross today. It wasn't how the story was supposed to end.

But the story wasn't over. A bigger, better dream was actually beginning. This was the first step. An earthly king? Oh, no. What they thought was death was actually God showing them He could do so much better than what they imagined.

How about a heavenly kingdom that never ends. A house right next door to Him. A love that forgives all. A savior that gave everything. And, just because God is a ridiculous kind of giver, an eternity with no tears or sorrow.

It was all coming. Even when Jesus died. Even when they buried Him in the tomb. Even as the days passed in fear and grief. Resurrection was coming.

No matter how things appear. No matter. Believe.

Beautifully illustrated faith in its clearest form. Hope that is not seen in our flesh is as real as real can be when seen by the eye of faith.