This week I went on a little adventure. I researched my uncle. Even though I've known him my whole life, even though he has been a staple in my life, and even though I knew his heart, I didn't know everything about him. I didn't know his childhood, for instance, his love of hunting, fishing, his meager years living through the Depression, his love of storytelling, and the way he played with his little dog Bubby Dean every night.
I didn't know any of those things.
When Aunt Shirley asked me to write his obituary, I went on a quest and found out the man I so highly respected and admired still had secrets - good secrets. It was a real joy to get to know him all over again, to learn he was everything I always knew and loved. But more.
This, ladies and gentlemen, is why I love people. Because in all of God's creations, they are His prized possession. And the more of them I know, really know, the more I feel the same.

So meet my Uncle Royce:

Royce Thompson loved working with wood. It was his hobby. One of them.
Oak was his favorite wood. It was sturdy and beautiful and infinitely strong. He would work delicately and precisely, smoothing his hand along the fine surface, working in companionship with the grain, using the strength of the wood as the backbone of his creation.

In life, Royce Thompson was that oak.

Born to Loyal and Opal Thompson on Feb. 16, 1931 in Henryetta, Royce was the first of six brothers. The oldest. He stood tall and straight and lived his life in the same manner.
“He was very well behaved,” said Harry Treagessor, a life-long friend. “To his parents, he was very loving. He wouldn’t disobey them at all. You couldn’t find anything wrong with him.”
Harry lived for a time with Royce and his parents, boys who grew up on the tale of the Depression. They lived together, hunted together, fished together, even purchased their shotguns on the same day.
“We’ve been good friends ever since,” said Harry, who said he and Royce spent a recent hour reminiscing about their youth.
Royce participated in the Diversified Occupation (DO) program at Henryetta High School, graduating in 1949. He eventually would be a successful and well-respected business man in the flooring industry. Through the DO program, he learned the accounting side while working for August Burzio and the technical side while working for his father’s company, Thompson’s Floor Coverings.
At the age of 19, Royce married his childhood sweetheart, Rosemary Blakeley, on December 23, 1950.
“He was the best person I ever knew in my life,” said Morris Palmer. He and his wife Lola were close lifelong friends with Royce and Rosemary.
Two years after marriage, Royce welcomed his son, Randy, who became a successful computer operator at American Airlines.
“We took trips everywhere,” said his only daughter RaJeana, born April 23, 1965. “We went to Hawaii, Maine, Massachusetts, and an across country trip from New York to L.A. It was just the four of us.”
Royce carved out a legacy in business, starting Royce’s Carpets and Draperies, a staple of the Okmulgee downtown for over 30 years. He had managed his father’s company until 1970, launching out on his own with a high-quality carpet business. He eventually closed his business to spend more time taking care of his aging father, who died in 2003, with his surviving brothers. He had lost a younger brother, Jimmy Thompson, at the age of 52 in 1992.

Royce had lost his wife on Dec. 19, 1989, two years after also losing his son. And for 15 years, he never remarried.
“We didn’t believe he would ever marry again,” said Glenn Thompson, his brother.
That, however, was before he met Shirley Hinds.
During a church camp held in Henryetta, Shirley walked into the kitchen and came face-to-face with her future husband. They were introduced by a friend.
“He told me, ‘I’ve got your (piano playing) tape in my car. I’m playing it,’” Shirley said, recalling their first conversation.
They fell in love and married a year later on November 20, 2004.
“He had such sincerity. You immediately felt this sense of being able to trust. He was so strong, so steady, so spiritual. He could make anything okay,” Shirley said.
They spent all their time together, working outside in the garden, playing with their dog Bubby Dean, and being with their family or friends or attending church events. And they loved working on projects together, singing and playing the piano together, and simply laughing together.
“He could absolutely crack me up. You knew when he was going to come up with something funny because he got that twinkle in his eye,” Shirley smiled in remembrance, loving Royce for the man he was. “I never felt so taken care of in my life.”

More than anything in his life, Royce loved reading the Bible. His passion in life was Jesus Christ.
He was baptized August 5, 1945 by Bro. Dave Crank and ordained as an elder in the mid-70s for The General Assembly and Church of the Firstborn. He served the congregation faithfully and loved, above all, serving his Savior.

Royce passed away on Dec. 22, 2008 in Henryetta, leaving behind a family who greatly loves him, including:
his wife, Shirley of the home
his daughter and son-in-law, RaJeana and Robert Dobbs of Hobbs, New Mexico
four brothers, Harold Thompson of Henryetta; Glenn Thompson of Henryetta; Gary Giles of Indianapolis, IN; and Keith Thompson of Henryetta.
one sister, Sharon Wilkinson of Okmulgee
two step-daughters, Angela Hines of Tuttle, Oklahoma and Kimberly McCollom of Edmond, Oklahoma
three grandchildren
two step granddaughters
one step great grandson
and several nieces and nephews and other relatives.

The Knight, and a Man
By Randy Thompson
Jan. 22, 1971
(an excerpt from Uncle Royce's son's High School writing project)

“First, to be a knight, a man has to be worthy, proving that he can withstand punish and has enduring faith. This man I know is all of this and more. He has endured persecution and has been proven to be worthy above a shadow of a doubt.
“The knight has to be loyal to his kind or god the very same way this man does. A knight has to take an oath before being crowned knighthood so as to be loyal to his kind and guardian to his people. Also, he has to be meek with compassion. Again, this man, in comparison to the knight’s duty, is very much in the same manner. Instead of a king, there is Jesus, a king and a ruler in whom this man serves. He is meek with compassion and overflows, and best of all, this man is my father.”
Posted by Tara Lynn Thompson at 12:51 PM 1 comment: Links to this post

ghost in the machine

Hey everyone, I meant to get back to blogging today. We even missed our Monday Fun. I never like to miss fun. But for some reason, a reason even the technical support at my domain host couldn't understand, my site just vanished for a day.
Perhaps it was on vacation.

It's back up now so I'll be posting tomorrow.

much love, from your grieved niece 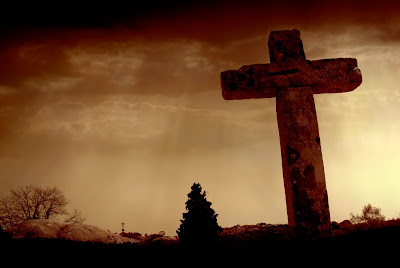 He became so ill so fast. But that's over now. From now on, for eternity, he'll only know peace and joy and fun. He'll only be happy. He'll only ever smile, though he did quite a lot of that while here. He'll spend his days in glory and his nights will never again come.

Uncle Royce was a tall man, with straight posture and warm hugs. He always smelled like fresh soap and dignity. He talked softly and walked evenly. I knew him as stability, as the calm, cool presence in every kind of situation. He could sit so perfectly still. And in that stillness hold such ease. I never knew how he did that. I'm the fidgety type.

I have no memory, not one, of a moment he ever acted out in anger or selfishness. I've searched my brain. But even the thought of Uncle Royce being anything but kind stops short. He wasn't.

He walked a lot. I always admired that. His long legs took him to many places in many hearts. His knit shirt would be tucked neatly into his pressed slacks, his walking shoes laced securely, and off he went into his world of contentment.

One day, he met Shirley. And within an instant, a fire burned inside of him from then on. I never saw it dim, not even a moment, not ever with time. They giggled together. And I know he took some of that laughter with him.

I've tried to mourn for him, but I can't. I've only shed tears for myself, for Aunt Shirley, for my father, for my family, for all the souls my uncle touched. We lost something. He, however, has found it.

I have no way of knowing what he did today, though I'm terribly curious. But I know he saw his son again, finally, after 20-plus years of being apart, they finally embraced. And I know he met the Savior, perhaps sat at his feet, ever so calmly, ever so still, ever so much like only Uncle Royce could.

And then, just maybe, he took a walk. His long legs, stronger now, took him down the streets of gold, wearing his knit shirt tucked neatly into his pressed slacks with his shoes laced securely.

This Friday's laugh comes from the Red Green Show. This is what the Surgeon General means by, "Don't try this at home."
Or do. That could be funny, too.

Posted by Tara Lynn Thompson at 2:26 PM 2 comments: Links to this post