From Tulsa-based Daros Films, a film short that takes only three minutes to evoke character sympathy and emotional attachment. Amazing. Ryan Dunlap, producer and co-writer and lead, has done it again. I've seen his art before. It always leaves an impression.
Posted by Tara Lynn Thompson at 1:39 PM No comments: Links to this post

Mark Steyn wrote a love letter, or at least a respect letter, about Cary Grant recently. It's excellent, a winding tale of the man's humor and greatness, achievement and memorable moments.
I'm a huge Cary Grant fan. You have no idea how huge. Thus, I had to send Steyn a response. Here is his article. I definitely recommend it. And for you, my committed and not-so-committed readers, is my response.

You can't create a character like Cary Grant. But Cary Grant did.

Whatever he was or could be, he became. He isn't simply the embodiment of style and seduction, if either can be considered simple, but a character of capitalism. He dreamed. He gambled. He risked it all. He walked onto the open road and dreamed a dream. Then he reaped the fruition of his labor.

He personified the spirit of American exceptionalism: from a child of poverty to a man of legend, all without the aid of anything more than his charm. And oh what charm.

I was nine-years-old when he died, not even coming to understand his cinematic and personal significance until decades after his death. Then when I noticed, I noticed. I think all who cross the path of Cary Grant find their motion halted. You have to stop, have to notice. There is something about that man that simply cannot be ignored. He's Cary Grant. And he understood the responsibility it required.

You're article was magnificently right. Cary Grant pulled off a feat extinct in today's glamor brigade, he created a sellable product while never losing appreciation for it's customers. He could be debonair and rogue, manly and flirtatious, all while receiving devotion in humility. He was real. He was grateful. He was gracious. And in the end, that is what solidified his class.

Cary Grant was something, all right. But he would have been nothing without the worn shoes, undying spirit, unfailing gumption, and capitalistic spirit of Archibald Leach. And they both knew it. 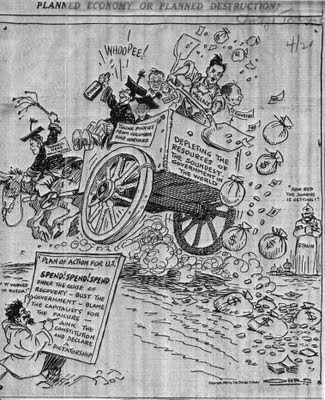 Posted by Tara Lynn Thompson at 9:49 AM No comments: Links to this post