A Day of Book Research

The sequel to Not Another Superhero is currently underway. Stay tuned!

Until then, here's a glimpse into a day of researching a particular scene. How does a salvage yard fit into the mystery of Samantha Addison's life? Great question. Let me ask her and I'll get back to you.

There's no better way to spend a 98-degree day than doing #bookresearch in #salvageyards. It was #puregenius, ladies and gentlemen.
A photo posted by @taralynnthompson on Jul 28, 2016 at 1:33pm PDT


No one said the straight and narrow path in life wouldn't be littered with the occasional flat tire, as well as other random parts I can't name. #bookresearch #dimestorephilosopher.
A photo posted by @taralynnthompson on Jul 28, 2016 at 3:06pm PDT


I shot this picture while seeking shade under dislodged car parts. One salvage place actually caught fire while I was there so it never hurts to hang out low to the ground. #dangerwillrobinson #bookresearch
A photo posted by @taralynnthompson on Jul 28, 2016 at 3:15pm PDT


This is my heat exhaustion look. Similar to my Magnum. But with less hydration. #theglamorouslife
A photo posted by @taralynnthompson on Jul 28, 2016 at 1:38pm PDT

Posted by Tara Lynn Thompson at 6:30 PM No comments: Links to this post

It's a truth universally known. 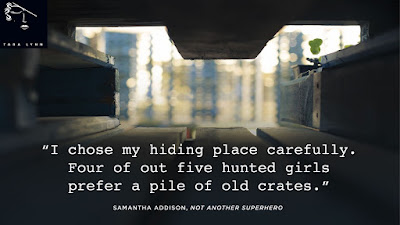 Join all the action...and sarcasm...the sarcastic action?... Join Samantha in Not Another Superhero by ordering your copy today. Every order comes with a complimentary stack of wooden crates. (It doesn't, actually. That'd be a shipping nightmare.) Place your order today at Amazon or Barnes&Noble and you could be pulling out splinters by the weekend.
Posted by Tara Lynn Thompson at 9:52 AM No comments: Links to this post

A blog where I try to get myself into trouble. Starts now.
A photo posted by @taralynnthompson on Jul 26, 2016 at 4:03pm PDT


Not voting for or voting for Trump has entered into the righteous stance stage. And I get it. I am it. Politics can extrovert an introvert and impassion a stoic. It's potent stuff, these ideals. As it should be. So I don't apologize for my opinions (nor should you), nor am I offended by any that disagree.

And I usually disagree passionately. So don't be offended.

Thankfully, we live in a society where conflicting ideas are welcome. And legal. If, as Benjamin Franklin challenged, we can keep it.

Lately, in our passionate expression, I keep hearing a few repeated phrases from those unhappy with the Republican ticket. And, since that's my side of the aisle, I want to address them. This isn't about defending Trump. He can do that himself. Or educating anyone about him. Anyone can do that for themselves.

This is more of an observation of the current mindset. I would start this by saying I'm no expert, but what follows is actually my opinion about these phrases. So I am the only expert.

This message sounds important. What is it? Who will be receiving it? How will they receive it? And, if you've already been trying to get this person to listen, what will make them listen now?
If we're going to gamble the future stability of western civilization on this message, let's make it clear. And, let's make sure it will reap the intended results. Otherwise, it sounds about as potent as a celebrity hashtag campaign.

3. "I could never support someone who (fill in the blank with whatever you dislike about Trump)."

It's vitally important to know who and what we are supporting. Absolutely. But don't stop there. Principles don't end at the ballot box. Who else shouldn't be receiving your support? Do you know about the players in your favorite team? The actors in your favorite movie? The principles that are being promoted in your favorite binge TV series?
Entertainers aren't politicians - true. They're worse.
They've been given national and international platforms with no vetting whatsoever. We support them because they entertain us. That's all. Yet they sway the culture. Then the culture sways the legislator. And we're paying them to do so.
If you can't support a person because of (fill in the blank), then make sure you aren't. Be consistent. Be principled. If you're willing to risk the future of a nation, make sure you're also willing to risk missing that playoff game.

4. "I shouldn't have to choose between the lesser of two evils."

Ah, sure you should. You do it all the time.
- That hateful thought you didn't share? Well, you shouldn't have even thought it.
- That exaggeration your boss pitched during the client meeting? Let's call that what it is: a lie. And you let it stand.
- That bill you couldn't pay this month? That didn't mean you didn't owe it.
Life is filled with making the tough decisions. Some we get right. Some we get wrong. But we still have to make them. That's life. And it won't be changing the rules before November.

5. "My vote against Trump is not a vote for Hillary."

Then who is the vote for?
Your "fill in the blank" candidate has no chance of winning because, ps, they aren't even on the ballot. And any third party candidate who is running has exactly the same chance as your fill in. Just like all modern day Presidential elections since forever, no third party candidate has ever won the Presidency. Even Theodore Roosevelt, although he came close, didn't pull that off.
So, like all other US Presidential elections since we've held them, this is between two candidates. If you want Trump to lose so you can "make a statement," stand on your principles and be honest. Vote for Hillary. Anything else is a denial of what you're really doing.

This statement is often used with "we're better off losing the Presidency and focusing on our Congressional races." Because that tactic has worked beautifully for nearly eight long years now.
The fact this is one election is freaking scary. So much at stake. One election. Not good.
Somewhere a myth has been created that elections don't have consequences. That's a bold statement. Can someone, anyone, please give me an example of an election where there weren't consequences? One will do.

7. "I don't see any difference between Trump and Hillary."

You're so right. It isn't. If you're a conservative, there are several areas where you can find common ground with Trump and Pence. If, that is, you want to find it.

Verbally contentious election years don't bother me. Because, at present, our political fight at home for liberty and freedom still only involves words.

So let's keep all of this discussion and disagreement in perspective. As civilians, our fight doesn't require us to leave our families, our homes, or start every work day wondering if we'll end it with both arms, legs, and eyes. And that's the survivors. For this nation, we still have the freedom, liberty, and blessing to fight our political wars with words.

But one day soon, if we treat elections as throwaways, the cost could get far, far greater.

Doing everything I can to stop that from happening? That's the principle I'm standing on.
Posted by Tara Lynn Thompson at 6:47 PM 11 comments: Links to this post

How Melania May Have Cinched the Writer Vote 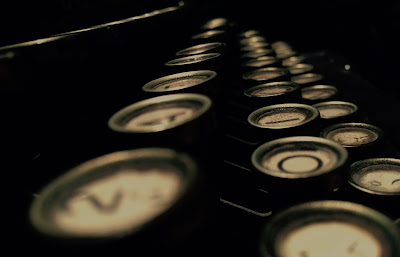 Writers are a tough voting block to get.

We, by trade, move in single file. We socialize seldom. We need so much alone time that solitary confinement sounds like a great vacation spot to get work done.

We don't fit into any identity political box.

Our race, gender, sexual preference vary too wildly to be included in the groups who exclude. We rarely even include each other. Winning Ohio would be easier. Sink your advertising dollars there.

You can't reach us with empty promises wrapped in pithy phrases because we are the creators of pithy phrases. Or hope to be. But ones with more imagination. Less processed ingredients.

What we do get, however, are the struggles only writers understand: like having your written work attacked. Melania Trump, along with however many staff writers contributed, reviewed, or offered direction, made a mistake. A writer's mistake. I may not be able to relate to her wardrobe, but I can understand being human. And then getting pounced publicly for it.

I live in that unforgiving village. I've seen the torches and pitchforks.

It may have been a block of text posted for inspiration. Or a possible direction. Along with dozens of others. Have you ever seen a writer's draft file? It's a hot mess. It's the summation of every possible thought, idea, factoid, quote, or inspiration for a quote needed for this speech or any other speech until the end of time.

It's a junk drawer of ideas.

Add multiple hands and it's a junk room.

Then you start the cutting/rewriting/rearranging process, which may or may not include reconfiguring the drawer itself. It's a bloody business. Not one for the squeamish or those with better things to do than stare for hours into the distance in a trancelike state.

As a writer, missing the easy fix is something I've done myself. I've probably done it in this blog. (Crap. I can't see it, but I'm sure I have.) I've simply been spared the limelight of a national stage. So I get what she might be going through. The frustration at working so hard, stressing over every minutia, and still getting one area wrong. And believing that one area will be all anyone will remember.

For Melania, this will be old news in...oh...another half hour or so. Her white dress, however, will be selling for weeks.

And, on the scale of important issues in the world, well...this isn't one. We have a country facing tough days and tougher ahead. Even if her subjects and verbs disagree from now until November, we have more important discordant issues to discuss.

So, thanks Melania. Thanks for taking a walk in my shoes since my back would never want me walking in yours.

Just keep writing. It's the best any humans who dare to write can ever do.

PS
For additional insight on how the plagiarism mistake could have occurred, the Dilbert creator Scott Adams offers up a quick, f-bomb laden explanation. There's the language warning for you.
Posted by Tara Lynn Thompson at 7:15 PM No comments: Links to this post

Vertigo. My gift to you. 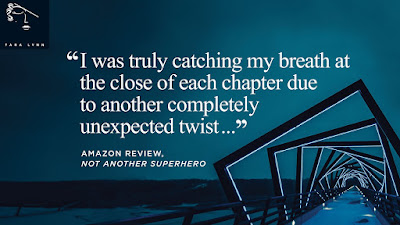 Get your own case of nausea at Amazon or Barnes&Noble. On sale now!
Posted by Tara Lynn Thompson at 7:45 PM No comments: Links to this post 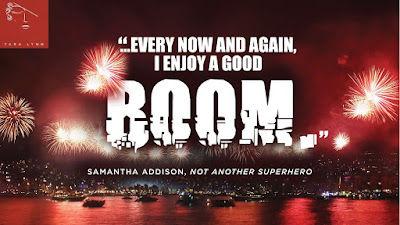 If the Son has set you free, then you are free indeed. (John 8:36) May ‪#‎GodBlessAmerica‬ and ‪#‎Happy4th‬ from Samantha Addison in ‪#‎NotAnotherSuperhero‬.
Posted by Tara Lynn Thompson at 10:00 AM No comments: Links to this post