The Lucky Ones: A story dedicated to Dad and all the incredible fathers like him 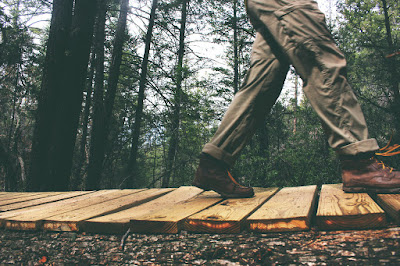 My family are the hearty, earthy bunch. Farmers and coal miners, that's our ancestry. Opinionated Germans. Energetic Irishmen. Contemplative Natives. We're diversity all tied up into one bloodline.

We understand work. Hardcore is the only way it comes. Life takes sweat and the occasional drop of blood here and there. As a kid, you propelled yourself through the chores of the day because a bowl of homemade ice cream waited at the end of it.

Summers were wonderful affairs, filled in large part by tending, raising, and harvesting food for the remainder of the year. Also, who doesn't want fresh corn on the cob for supper and homegrown watermelon for dessert?

That's right. Everyone wants it. 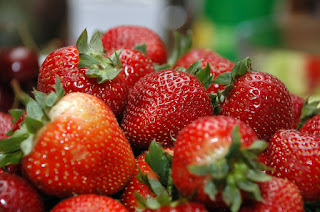 We raised a garden and picked fruit and canned vegetables and cracked pecans and, depending on the crop, sometimes more went into our mouths than into the freezer. Fresh strawberries off the vine are laced with crack. I kid you not.

That was Mom's part - the food not the crack. My brother and I were there as support personnel.

Dad, however, had a much bigger responsibility. He kept us all alive. There were no such thing as sick days and vacation time for him. He worked for himself, selling and installing residential flooring and doing interior remodeling.

Have you ever seen a man pick up a 12-foot wide roll of carpet, pop it onto his shoulder, and walk around like it's nothing more than a bag of groceries?

I have. A few thousand times. It's awesome.

Dad didn't have help. He had his two hands. And his shoulders. His back and his knees, until those started giving out. He also had the motivation to care for his family. That and my mom's fried eggs and pork chop breakfast got him out of bed before the sun could rise and sent him out the door. That same door he would stumble back through when the sun set and his clothes, which started the day freshly washed and smelling of detergent, were stained with sweat and dust and the occasional drop of blood here and there.

Then one day, one glorious summer day in my seventh year, how I viewed my dad changed.


It happened on one of those enchanting days that stretch beyond their allotted hours. The sun looks around, admires his handy work, and lingers longer in the sky.

There's nothing happier on a summer day than a a seven-year-old free of chores and ready to play. Unless it's her dog. My dog was always grinning.

That day I tasked myself with discovering all the bugs and dirt and mysteries waiting to be dug up and all the trees waiting to be climbed. Mud pies were made, not eaten. Honeysuckle was eaten, not made. After a few hours, I also felt the day required water. Gushing from a hose. There for me to dance under and the dog to bite.

I dragged our water hose through our carport, right past my father's supply of raw wood, right next to a set of intricately handmade kitchen cabinets (my dad's an incredibly talented carpenter), and on to the backyard.

When I cranked on the water, the fun started. What I didn't see was a leak spilling all over that raw wood and those freshly built cabinets. It didn't, however, escape Dad's attention when he got home.

Dad pulled at the wood, watched the water seep and slosh, and stood stunned and, I wonder, feeling a bit defeated. Unbeknownst to me, I'd probably cost my family at least a month or more of our income. That meant a month or more with no way to pay the bills, no way to keep the electric on, no way to buy food we hadn't grown.

He couldn't even look at me. That's when the best moment of my life happened (I'm not being sarcastic. You'll see what I mean). My Dad, with every right and from the very depths of his desperation, turned to me and said, "You're an idiot."

As a kid, I'm what you would have called an overly sensitive child. We writers are sponges. We absorb everything around us - the sights and sounds and details, but also the emotions and unspoken undercurrents. We sense them. We're built that way. It isn't until you reach adulthood, or even enter into the deep journey of adulthood, that you find coping mechanisms. 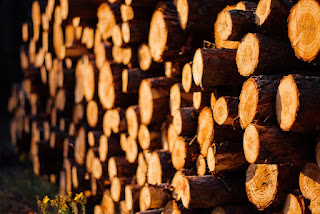 Like alcohol. (Lots of writers, sadly, become alcoholics. I just eat too much salt.)

My seven-year-old self did not yet have coping mechanisms. I crumbled into a mass of curly hair, bony limbs, and regret. I sobbed and, of course, jumped in to try and make it better. Dad told me in no uncertain terms to leave. I'd done enough.

Because stubbornness isn't necessarily a writer's trait just one of mine, I didn't leave but, instead, found a corner far out of his way and, piece by piece, dried off inconsequential scraps of wood. And cried.

Just assume crying was happening this entire time then I won't need to mention it again.

Within a few minutes, literally a few short minutes, while the water still pooled around those 2 x 4s, overspray dripped from the partially constructed cabinets, and the unknown financial impact was still on the horizon, my dad stopped what he was doing and knelt down on his knees in front of me.

"I've made a mistake and I need you to forgive me for it," he said. "I said something I shouldn't have. It wasn't right for me to call you an idiot."

It really was. I mean, come on. Fitting description, no?

"Yes I am." (insert information about crying here.)

I really didn't. Not yet. Not then. But I would.

"Do you forgive me?" He waited there on his knees until I said I did.

My dad. A real-life superhero. 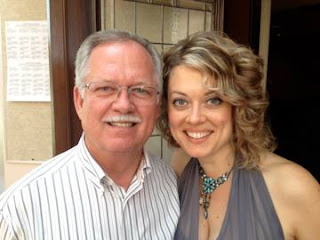 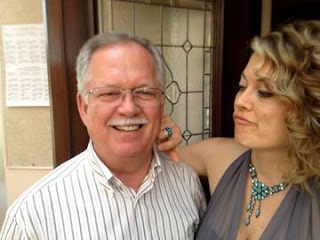 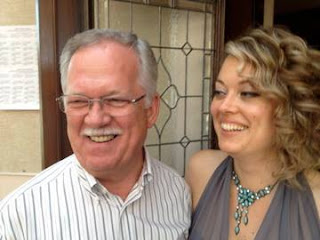 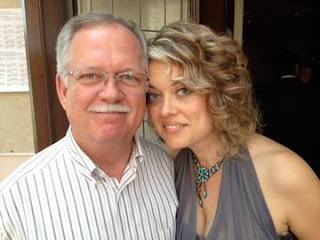 I have no idea how we survived that summer because I was a kid and I had that privilege. My father didn't. However we survived, my guess it cost him more sweat, lost sleep, and the occasional drop of blood here and there.

Whenever I hear the culture debate the importance or non-importance of fathers, I think about that moment, as well as a thousand others. My father is irreplaceable. Not even my mother, who played an equally great role, could fill that void.

So thanks Daddy. For that. For everything. I could write a book about all I've learned from you, and one day I may. It'll be a series. And I'll make sure I never store my inventory between me and a water hose.


*Correction: I initially said those rolls of carpet my dad carried around everyday like nothing more than a sack of flour were six feet wide. That was crazy talk. The were actually 12.
Yeah, he's a big deal.
Posted by Tara Lynn Thompson at 6:20 PM