What difference could you possibly make? 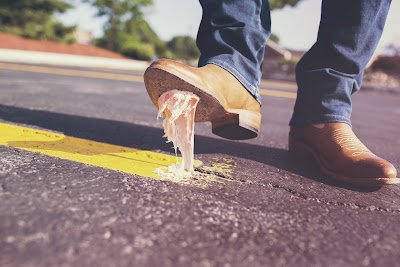 She looked across the table at me and sighed, "I just don't know where to start."

Me either, come to think of it.

We were discussing the world and all its juicy problems. My friend wants to be involved, wants to reverse the destruction she sees, wants to push back all that is crippling the sense of right and wrong in the world.

Me too, come to think of it.

We've made an overwhelming mess of things in our world. We have debt we entered into willingly while being unwilling to pay it. Stress we're stressed out about. Language police and protests against any police. Destruction that is called free speech. Free speech that is called destructive. Haters who hate the haters. Lovers who love too freely. Mysterious diseases. Mysterious legalities. Mysterious national borders. Freedom to enter any bathroom of our choosing but a lessening right to privacy. Rape that isn't rape rape and marriage that isn't marriage marriage. People seeking offense in anything except that which is offensive. And politics. Always the ever present seepage of politics into every aspect of our lives, whether it's in the laws that govern poorly, the burdens we are legally required to carry that are not our own, the disagreements that divide us, or the words we are and are not allowed to speak.

My friend wants to make a difference. And, let me be brutally honest with you here, she may not. Nothing we do may have any affect at all.

But that's the risk, isn't it? The not knowing if it matters. The unknown results. The hidden destination. We aren't asked to control the outcome, God simply asks us to be obedient. To do what is placed before us, what we know is right, whatever we can do, and to let Him handle it from there.

Results are His territory and the destination is His design. We're not responsible for our impact, only our actions.

My job is to trust that. And to trust Him: in my world, my life, and my future. When I do, shockingly enough, the mess doesn't seem so big anymore.

Labels: being active, doing what is right, giving back, giving of your time, helping the needy, making a difference, political correctness, right and wrong, trusting God, volunteering