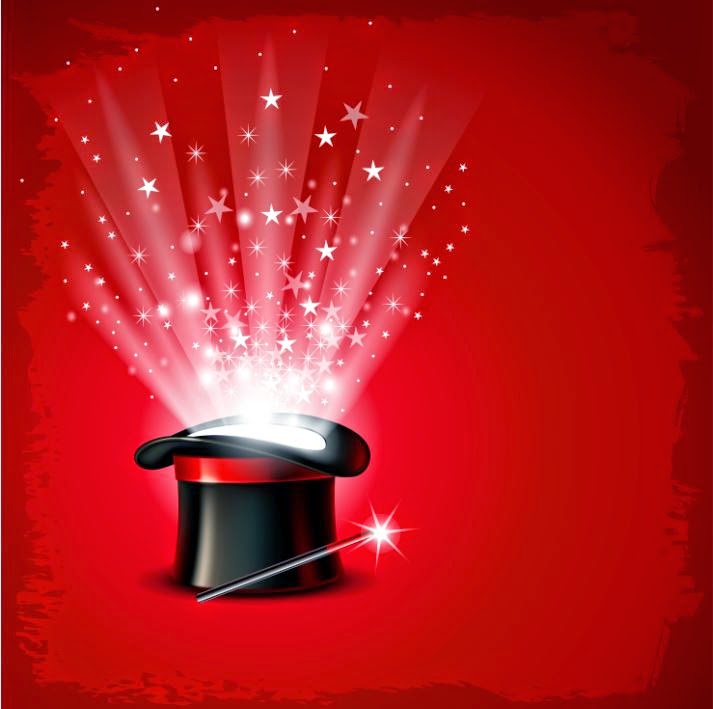 
Now You See It


Copperfield made the Statue of Liberty disappear. Criss Angel levitated at will. And Penn ran an 18-wheeler over Teller without giving the little guy a single scar.
Their breathtaking talent is part fanciful, part unnerving. The “ah” leaves us gasping for an explanation. Why? Because we know an explanation exists. The greatest magicians of all time, the ones who can shock us even when we expect to be shocked, all have a card up their sleeve. Or a bird. Or a scarf.
It isn’t magic. It’s an illusion. David Copperfield didn’t remove the 225-ton Statue of Liberty. He hid it behind drapes while, simultaneously, moving his audience on a slow-rotating platform to change their view. Criss Angel freed a leg from an angle the audience couldn’t see in order to lift himself, seemingly, into the air. And that 18-wheeler? It was real. It was also counter-balanced with weights on the opposite side so Teller could lie under the wheels without the weight.
They are tricks. They are not magic.


We learn Santa doesn’t exist about the same time a front tooth or two does its own disappearing act. That’s often the first moment our belief in the unexplainable begins fizzling out until it goes completely flat. If Santa isn’t real, if something that glorious doesn’t exist, maybe nothing fantastical exists at all.
Magic disappears like a palmed coin. The next time someone asks us to believe – in anything – we pause. And that pause is the beginning of a lifelong suspicion.
Once we reach our fully-grown selves, we’ve dismissed all fables, all fairy tales, and even many dreams. Life is life, we conclude. It has hard edges and dark days. It’s not a flight through fantasy land with Peter Pan and the Lost Boys. It’s a war with both feet on the ground. And we’re tasked with making the best of it.


That’s all true. Mostly. Life does have hard edges and dark days, heavy burdens and weighty decisions. We trudge. We stumble. We fall, too, and nothing but determination will get us back up again.
And there’s nothing magical about life. It’s just an illusion. It begins. It goes. It ends. We travel from birth to the grave knowing what you see is what you get.
Except for that pesky, magical story about God coming to Earth.


The holiday season often means stress, crowds, too many social events, or too few, too much to buy, or not enough money for anything, disappointments and expectations, and time with family, which can be good, bad or a mixture of both. It can be a time when the curtain is drawn back and it’s just a little man with an amplifier and a smoke machine back there.
So why is the season important? Why bother celebrating at all? Shauna Niequist in Bittersweet said it best:


“This season matters. Christmas is a time when God’s presence is more palpable than any other time of year. It’s also a time when what we’ve lost is more present to us, when the pain or the loneliness or the fear are more present than any other time. It’s a glorious, beautiful time and also one in which the smallest kindnesses can transform us. It’s worth more than pushing and rushing and perfecting your decorations or your homemade cookies.”

It’s time, even in the small moments, to once again believe in magic. It’s a time when we seek out the positive stories among the tragedies, when we long to once more dream our dreams, when our childhood memories are strongest and we, one more time, remember what it felt like to be convinced of the immortal among us.
It’s fanciful. It’s fantastical. It’s the Word come to Earth in the flesh, and that was only the beginning of the ‘ah’ that followed Him.
Because of Jesus, Christmas means there are possibilities in the impossible and hope instead of hopelessness. He is why we can dream and wish and wait expectantly to be shocked, with no trickery or illusion attached. His story has no trap doors, no sleight of hand. He’s real. He’s stunning. If He wants to shock a studio audience, He doesn’t need a rotating platform.
Merry Christmas. May the season enchant you with mystery, and romance you with adventure.
Posted by Tara Lynn Thompson at 1:06 PM